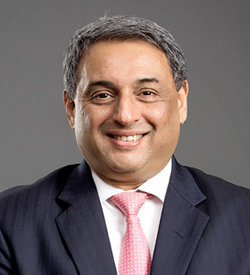 Mr. T V Narendran (54) was inducted as Managing Director of Tata Steel effective September 19, 2013. He was elevated as the Chief Executive Officer and Managing Director (‘CEO & MD’) on October 31, 2017 and was re-appointed as CEO & MD effective September 19, 2018.
Mr. Narendran joined Tata Steel in 1988 after completing his MBA from IIM Calcutta. As the CEO & MD, Mr. Narendran oversaw the successful acquisitions of Bhushan Steel Limited and the Steel business of Usha Martin Limited. As the Managing Director, he successfully commissioned Tata Steel’s Kalinganagar Steel Plant in Odisha.
His career spanned many areas in India and overseas, including Marketing & Sales, International Trade, Supply Chain & Planning, Operations and General Management and includes positions held by him at Jamshedpur, Kolkata, Dubai and Singapore.
During his tenure, Mr. Narendran led the Company’s first overseas acquisitions in South East Asia – NatSteel. He served as the Executive Vice-President of NatSteel since 2005 and was appointed the President & CEO of the company from January 2008.
Mr. Narendran is a member on the Board of the World Steel Association and is a member of its Executive Committee. He was the co-chair of the Mining & Metals Governors Council of the World Economic Forum from 2016 to 2018. He is the Vice President of the Confederation of Indian Industry (CII). He is also the Vice President of the Indian Institute of Metals, and is the President of the Indian Steel Association.
Mr. Narendran is a Chevening scholar. He is a Mechanical Engineer from NIT Trichy (1986) and completed his MBA from IIM Calcutta (1988). He has also attended the Advanced Management Programme in CEDEP-INSEAD, Fontainebleau, France. He is a Fellow of The Indian National Academy of Engineering (INAE), and is a recipient of Distinguished Alumnus Awards from both NIT Trichy and IIM Calcutta.
Particulars of experience, attributes or skills that qualify Mr. Narendran for Board membership:
Mr. Narendran has more than 30 years of experience in the Mining and Metals industry. He has valuable experience in managing the issues faced by large and complex corporations as a result of his services at Tata Steel and NatSteel. 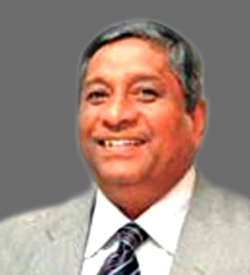 Mr. Ranaveer Sinha (Aged-64 years) is retired from the position of Managing Director of Tata Hitachi Construction Machinery Co. Ltd., a joint-venture between Tata Motors and Hitachi Construction Machinery Co. Ltd. of Japan. Under his leadership, the company has grown to become India’s foremost construction equipment company and has been recognized by being awarded the JRD QV Business Excellence Award from the Tata Group and also the Business Excellence Award Advanced Level by Japan Institute of Plant Maintenance.
Since March 2013, he has been Member of the Board of Governors, XLRI. He was also the Chairman of Serviplem SA and Comoplesa Lebrero SA, Spain, and North Baryval Special Vehicles (NBSV) in China, the companies that have been acquired by Tata Hitachi.
He also serves on the CII National Council on Skill Development; Capital Goods & Affirmative Action. 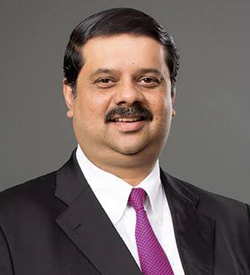 Mr. Koushik Chatterjee (51) is an Honours Graduate in Commerce from Calcutta University and a Fellow Member of the Institute of Chartered Accountants of India.
Mr. Chatterjee joined Tata Steel limited in 1995 in Jamshedpur. He was then transferred to Tata Sons Limited in 1999 in the Group Executive Office. He re-joined Tata Steel limited on August 1, 2003 and was appointed as the Group CFO in 2008. He was inducted on the Board of Tata Steel Limited effective November 9, 2012. Further he was appointed as Group Executive Director (Finance & Corporate), Tata Steel in 2013. and re-appointed as Whole Time Director effective November 9, 2017 designated as Executive Director and Chief Financial Officer.
During the last 15 years in the Company, he has been part of the top leadership team in the company and has led the Company’s finance function and provided stewardship in the areas of financial strategy, performance management, large and complex financing in India and overseas of over USD 70 billion across several instruments and currencies, mergers and acquisitions including divestments, risk management, reporting and controlling, investor relations and taxation. He has also been deeply involved in portfolio restructuring and turnaround of business situations of various Subsidiary Companies.
Mr. Chatterjee had been a member of the Primary Market Advisory Committee of the SEBI and was member of the task force set up by SEBI that drafted the Takeover Code. He was also the member of the Global Preparers Forum, the advisory body to the International Accounting Standards Board London. He is currently the member of International Integrated Reporting Council UK,Working Group on Group Insolvency set up by the Insolvency and Bankruptcy Board of India, Global Task Force on Climate Related Financial Disclosures set up by the Financial Stability Board, Basel Switzerland. He is a frequent speaker in various conferences in India and abroad and has been recognised as one of India’s best CFO by several organisations like Business Today Magazine, CNBC, Asiamoney, Chartered Institute of Management Accountants UK. Recently in March 2019, he was awarded the CFO Lifetime Achievement Award by the Financial Express. 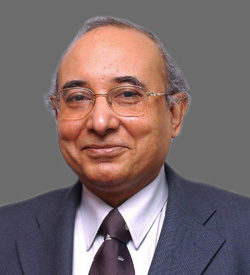 Mr. Sabyasachi Hajara (Aged -66) has served as the Chairman of the Board and Managing Director of The Shipping Corporation of India Limited from September 2005 to December 31, 2012. He is an influential figure in worldwide shipping industry. He was ranked among the top 100 influential personalities in the global shipping industry in 2010 by TradeWinds and Lloyd’s List.
He served as a Director of Personnel and Administration at Shipping Corporation of India since February 2001 until September 2005 and served as its Executive Officer. He has been a Director of Sethusamudram Corporation Ltd. he also served as Director of Indian Register of Shipping and The Steamship Mutual Underwriting Association (Bermuda) Limited.
He served as a Director at The Shipping Corporation of India Limited from 2001 to December 31, 2012. He is also experienced in marketing, chartering, import operations, liner conference bilateral matters and commercial operations in liner, bulk and tanker. He is presently on the Board of Dolphin Offshore Enterprises (India) Ltd, Adani Petronet (Dahej) Port Pvt Ltd., TM International Logistics Ltd, Texmaco Rail and Engineering Ltd, Dolphin Offshore Shipping Ltd, etc. 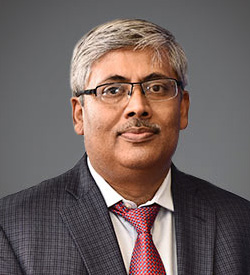 Mr. Rajesh Ranjan Jha is currently working as Vice President – Engineering & Projects. He has done BE (Mechanical) and MBA in Finance and Marketing. Mr. Jha joined Tata Steel as a Graduate Trainee in July 1990 and worked in the Engineering division (CE&DD). Then he moved to JAPCOL (a joint venture of Tata Steel & Tata Power) in the Finance and Accounts department. Later he moved to Stewarts & Lloyds of India Ltd., as President (July 1997 to Dec 2005), where he was involved in running the operations, and worked on Diversification and International projects. Thereafter he worked with Tata Projects Ltd., as Business Head (Metal & Minerals) and Executive-in-Charge (Eastern Region). In August 2008, he was transferred back to Tata Steel as Executive-in-Charge, Growth Shop. In October 2012, he was promoted as Dy. Vice President Engineering. In April 2014, he was re-designated as Vice President Engineering, TSK. Since April 2017, he is designated as Vice President – Engineering & Projects, the position he currently holds. 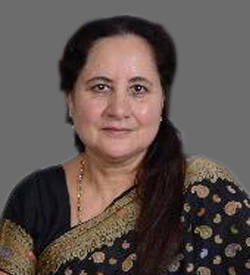 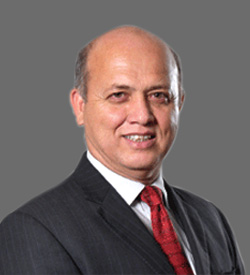 Mr. Vinayak Kashinath Deshpande is presently the Managing Director of Tata Projects Limited. He is a graduate in Chemical Engineering (1980) from IIT, Kharagpur, having over 36 years of work experience in different roles, in diverse industries; starting with the design and sales of boilers and captive power plants at Thermax, to industrial automation and process controls at Tata Honeywell.
At Tata Honeywell, he was the Managing Director of its India business for five years till 2004-05, wherein he grew the company’s operations pan India, to achieve about 300% growth. Thereafter he had a successful stint as the Executive President (Operations) of Tata Teleservices.
Mr. Deshpande took charge as Managing Director of Tata Projects in July, 2011. Since then Tata Projects has doubled its turnover, and achieved all-round excellence in its business of Industrial Infrastructure. In 2014-15, he had been instrumental in diversifying the company’s business in `Urban Infrastructure’ and ‘Civil & Environment sectors’, wherein the company has won projects to build Urban Metro systems and High Rise buildings. In 2015-16 the company diversified in `Smart Cities’ subsequently winning an order for Smart Lighting in Pune City. In 2016-17 the company bagged its first order for River Rejuvenation in Jaipur.
Under his mentorship, Tata Projects has been voted consecutively for the last 5 years as `India’s Most Admired’ and `Fastest Growing Construction Company’ by `Construction World’ journal. Mr. Deshpande too was voted as the Infrastructure Person of the Year for 2016-17. This year, Tata Projects also featured amongst `Economic Times Best Infrastructure Brands’. The Company was also awarded by EPC World for `Outstanding Contribution in Power T&D’& `Infrastructure’. `Dun & Bradstreet’ too has listed Tata Projects amongst Top 10 Infra Companies in 2016. 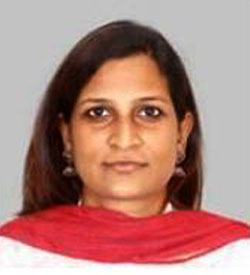 Ms. Ramya Hariharan is a corporate lawyer who specialises in mergers and acquisitions, general corporate advisory, projects and banking and finance.
She is founder and proprietor of Citadel Law Chambers and Partner in HSA Advocate, Kolkata.
She has worked closely with the Government of West Bengal in several transactions. She has advised on several PPP projects including integrated township projects, water projects, etc. and has been closely involved in structuring the transaction and in the documentation process.
She was one of the co-founder of Argus Partners, and served as partner in charge of the Kolkata office of UUArgus. Prior to Argus, she worked with Amarchand Mangaldas after a stint in litigation and intellectual property practice.
She is an active speaker at the ICSI and has delivered lectures at various forums including ASSOCHAM and VC Circle seminars. 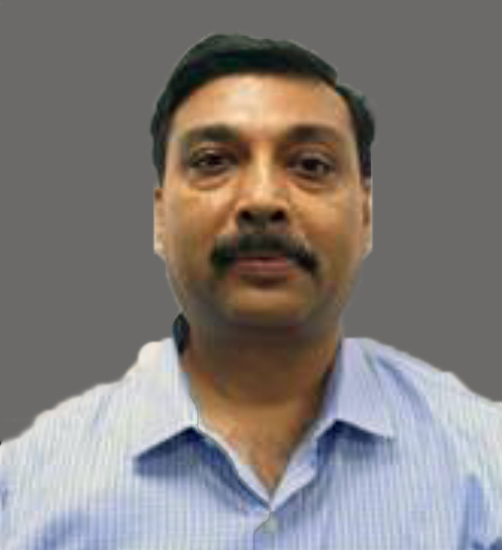 Mr. Alok Krishna completed his B.E. Electronics & Communication from BIT MESRA in 1990 and subsequently successfully pursued Management from XLRI in 1998. He joined Tata Steel in 1990 as Graduate Trainee and completed several stints in Operations & Maintenance in his initial years. He grew within the organization and was appointed as Head Planning & Scheduling, Flat Products in 2003. In 2008, he was promoted as Chief Planning, Flat Products. In 2014, he was appointed as Chief TQM, BPE & CQA. In 2016, he was appointed as Chief Business Program Manager, DFP. In the year 2018, he was appointed as Managing Director, M/S Kalimati Global Shared Services Ltd. Mr Alok Krishna has had deep exposures in the areas of production & demand planning and improvement initiatives. He has consistently delivered in leadership roles in the area of Business Transformation. 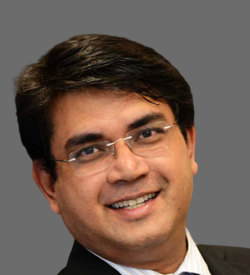 Krishnava Dutt's experience encompasses the entire repertoire of corporate commercial practice including mergers and acquisitions, private equity, banking and finance and commercial disputes.
Krishnava has closely worked with several large corporate groups, investors, private equity funds and renowned banks and financial institutions. He has also worked closely with both the central and state governments in India while advising o~ several transactions including disinvestments of public sector undertakings and framing of policies. Clients have deeply appreciated his strong financial, accounting and business acumen, which helps in providing a well-rounded commercially prudent legal advice to clients.
Krishnava has been identified by India Business Law Journal as one of India's top 100 lawyers and has been mentioned amongst the India A-List lawyers of 2017, 2018 and 2019. Describing him as "a sharp, distinctive individual who has made the most of the booming Indian infrastructure market". RSG Consulting (London) has identified Krishnava as being amongst the leading second generation of Indian corporate lawyers. Chambers and Partners has identified Krishnava as a leading lawyer in India.
IFLR1000 2020 rankings have identified Krishnava as 'Highly Regarded' in M&A.
Krishnava started his legal career at Calcutta High Court. After a short stint at the high court, he joined ICICI Bank in Mumbai where he gained several years of experience in handling transactions involving stressed assets and the international banking sector. He joined Amar'chand Mangaldas in 2005 and was made partner in 2007. He retired from Amarchand Mangaldas in June 2009 after which he founded Argus Partners. Krishnava is currently the Managing Partner of Argus Partners.